Here is a compilation of 5 foods that kill testosterone. Read it on to know more…

Testosterone is a major androgen in male body. Androgens are hormones which enhance manly functions. Testosterone, also known as “Male Hormone” in common parlance, is vital for growth and development of male reproductive system and other masculine features in men. It is primarily a male hormone, but it is found in both males and females. However, there is wide variation in the amount of testosterone produced by bodies of the two genders. It is produced in larger amount in men which give them peculiar features like body hair, moustaches, beard, hoarse & deep voice, muscle mass and higher libido. Higher testosterone level in females is associated with growth of facial hair, deep & hoarse men like voice and Polycystic Ovarian Syndrome (PCOS).

Ageing lowers down the level of testosterone in men. The rate of decrease is quite conspicuous during 40s. It is a part of natural ageing process. However, there are certain foods that further suppress the production of the ‘Man Hormone’ in males.

Here are 5 foods that are responsible for the decrease of testosterone:

1. Alcohol: Alcohol on weekends is absolutely okay. But high consumption of alcohol has been found to lower down the testosterone level. So next time you party hard, remember with every peg down, your T-level is also going down.

2. Soy/ Soy Products: Soy or soy products are estrogenic; meaning  thereby that they produce estrogens. Higher estrogen level subsides the level of testosterone. So if you are fighting with low T-level, avoid any kind of foods containing soy as an ingredient. 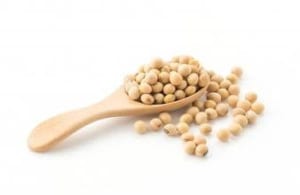 3. Flax: Although known for their goodness to body, they are not good if you are fighting with testosterone deficiency. High intake of flax will augment the lowering down of this ‘Man Hormone’ in body. Flax contains Lignans in considerably high proportion, which are estrogenic. Increased levels of estrogen, consequent upon flax intake, may suppress the T-level in body. 4. Licorice: Licorice has a peculiar flavour which is not liked by some; while for others it is a staple.  Component responsible for giving licorice this particular flavour is glycyrrhizic acid. Glycyrrhizic acid blocks the production of testosterone in body. So next time be careful while chewing a licorice stick if you are low on libido. 5. Processed Food: Add another point to the list of never ending disadvantages of the processed food. Processed food is not just high on sodium and sugar but is also loaded with trans fats. It makes it overtly high in calories which creates an imbalance in the functioning of the body and thereby affects the hormones of all types let alone be testosterone. There are proven studies which indicate that junk foods lower the level of testosterone in the body. All we can say is “EAT RAW and STAY RAW”. After all, reproduction is one of the most basic natural instincts of any of the life forms. Why play with this instinct by eating JUNK??

Omit above mentioned food items from your grocery list if you want to have all the manly physical attributes. Being careful with these foods will not however raise the level of testosterone but will stop its destruction, so that you and your partners can have a satisfied sex life. 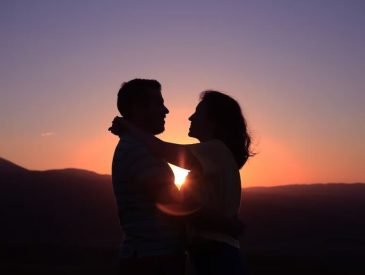