Constipation is more common and serious than it sounds. With the adoption of sedentary lifestyle, it has become one of the most common physical conditions. Causes of constipation vary widely among individuals. Its causes can range from simple ones like dehydration and insufficient fibre in diet to some serious problems like hormonal changes, stress, a recent surgery or issues related to the structure of the stomach. Just like the variation in causes of constipation, there is an array of treatments opted to cure this condition. Ways to cure constipation range from centuries old homemade laxatives and over the counter medicines to prescription drugs. Constipation itself may not be a disease, but it obstructs day to day activities and effects efficiency. Sometimes it can indicate some underlying physical condition. Take one dose of 10 gram or two doses of 5 gram each in a day to induce bowel movement. Make sure that you drink lots of water when using this remedy. Less water and more volume of waste in your body can make the situation worse.

2. Prunes: Prunes and prune juice are nature’s gift to people suffering from constipation. It has gained a lot of popularity among masses for treatment of constipation. Prunes belong originally to North America but travelled to Europe in due course of time primarily because of its benefits for gut. Prunes are now a common sight in Asian and African supermarkets as well. Apart from being highly fibrous, prunes contain a sugar alcohol called ‘sorbitol’ which has laxative properties. One can eat prunes or have prune juice to have a relief from constipation. It has the ability to cure chronic conditions as well.

3.Castor Oil: It is a grandma’s remedy which has known no boundaries. Grandmothers all over the world have been passing this open secret to younger generations. Castor oil has a stimulating effect on intestines. It increases the movement of the intestines and helps with the passage of the stool. Add 10-15 ml of castor oil to any liquid of your choice (any juice say orange juice, apple juice etc; water, soda, hot or cold milk). Drink it if you are unable to have bowel movements. Castor oil is used when other methods fail to give you a bowel movement. Castor oil is a strong laxative and should not be given to kids. Be ready for cramping in stomach when using this method. 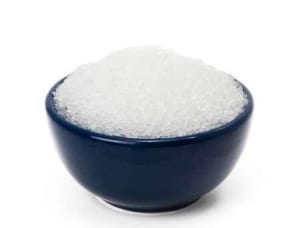 It works as a stool softener by increasing the amount of water in intestines and makes it easier to pass. Mix two teaspoons of Epsom salt in 200 ml of water and consume the drink immediately.

5. Big Raisins/ Sultana Currant: Big raisins are high in fiber. They are known to induce bowel movements because of high content of fiber. Eat a handful of big raisins daily to relieve yourself from constipation. They can be eaten as such or can be soaked for a few hours before having them. Another way to use them is to boil 10-12 pieces in milk and have that milk. Currant boiled in milk is quite safe for kids as well. It can be given to kids in case of constipation. Boil 5-6 pieces of currant in milk and serve your kid this milk.

Homemade laxatives are anytime a better option than store bought ones because of their authenticity and non-habit forming nature of the same. Constipation is a dreadful condition. One does not even realize when it becomes chronic. So be careful if you feel you are having fewer or difficult bowel movements. Best way to keep constipation at bay is to make changes in lifestyle. Have lots of water and keep yourself hydrated. Avoid oily and fried stuff. Do not eat, I say do not eat, processed and packed food. (Please note I have asked to avoid oily and fried stuff; and I am asking you never to eat processed food). Be physically active. Exercise daily. Make walking a habit. Include fruits and vegetables in diet. Nothing is as effective as lifestyle changes.